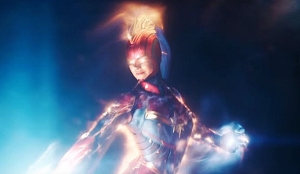 There is a story in Hindu mythology that goes like this: the gods have encountered a powerful enemy (the evil demon Mahishasura) that even the war god Indra and his armies cannot defeat. In desperation, they create a super-goddess who takes care of the demon.

Masculine and feminine are not separate but intertwined, different faces of the same energy. Thus the big three male gods of Hinduism—Brahma the Creator, Vishnu the Preserver, Shiva the Destroyer—are paired with goddesses (Sarasvati, Lakshmi, and Parvati, respectively). Hinduism also has Kali, Death incarnate, who as she crushes you in her deadly grip looks upon you with eyes brimming over with compassion and love, for life and death are also one.

To conquer Mahishasura, the gods gather. Each contributes part of his powers as they together create the goddess Durga, the undefeatable goddess, who is “willing to unleash her anger against wrong, violence for liberation and destruction to empower creation.” In other versions of the myth, Durga represents the combined power of the major goddesses. In the Hindu sect of Shaktism, she is the ultimate goddess/creator, Adi Parashakti, mother of the universe.

I’ve talked often about the stepwise progression of heroism from ordinary person to hero, then from hero to superhero. But gods (like Thor and Diana) are born as who they are, even if they don’t always know it and may need some kind of catalyst to unlock their powers.

Carol Danvers is an ordinary human woman who becomes a hero, a fighter pilot, in an era when such an achievement was still rare. “There’s a reason they call it the cockpit,” a fellow pilot-trainee smirks as he tells her she’ll never qualify. But she does and becomes heroic. Then, following the traditional way that most heroes become superheroes, she is exposed to substances that give her superpowers.

An ordinary human would have died from the exposure that empowers Carol. So, in fact, would a superhero: the Red Skull, who gained his superpowers from the same serum that turned 90-pound weakling Steve Rogers into Captain America, was killed in just this way. So there has to be something special about Carol already, something that makes her more than human.

We get another hint when we are shown how Carol was born with a strong sense of what she is here to do and kept fighting toward that goal even as a small child, certainly long before she realized her true powers. In this she is like Diana, the Wonder Woman and daughter of Zeus, born with an innate sense of her purpose that no one could sway her from.

There’s only one answer: Carol is also a goddess. A warrior goddess imbued with the drive to fight to protect others. And not a minor goddess, either: once her powers are catalyzed, they prove to be far greater than those of Thor or Diana.

It’s a foregone conclusion that Thanos, the evil demon who couldn’t be defeated by the combined might of all the heroes and superheroes and gods who make up the Avengers, is going to be toast when this avatar of Durga hits town.